2 m fund to support agencies during abuse inquiry has left many charities not selected in crisis.

I can't get past the abuse I suffered as a child

A 39-year-old woman who was abused as a child feels disgusted and ashamed. She's taken the first step, says Mariella Frostrup, now she needs professional help.

'If your boyfriend hits you stay with him...it's a sign he loves you'

A charity fundraiser who has been spurred on by the memory of his murdered son has been awarded a British Empire Medal. Peter Barrell, formerly of Chadwell Heath, is the Chairman of Romford based SupportLine, a charity which provides emotional support to young people nationwide.

In 1991 Peter organized a charity football match between a Metropolitan Police team and an ex Arsenal side. Tragically, three weeks before the match was due to take place, his son Chris was murdered in a park in Chadwell Heath.

In 2001 Peter became chairman of SupportLine. The charity's co-ordinator, Geri Burnikell, said "We nominated Peter for an honour as we have seen his dedication and hard work in raising funds for good causes, helped by his late wife Carol. Peter's work has been invaluable in keeping many small charities running while honouring the memory of his beloved son Chris". 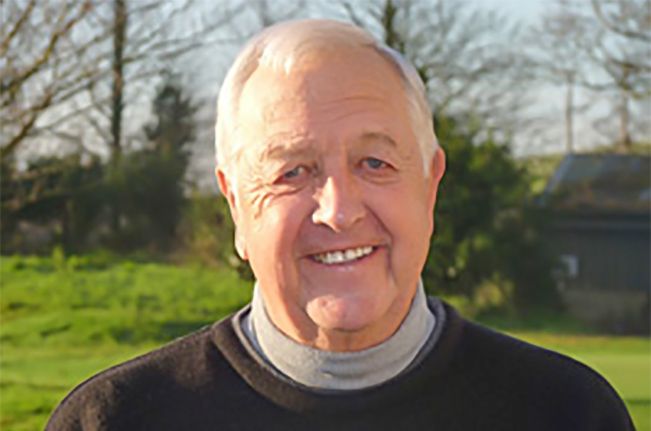 An actor from High Easter who raised £1m for charities as well as the nation’s pulses in London’s Burning has been awarded an MBE.

Glen Murphy was made a Member of the Order of the British Empire in the Queen’s Birthday Honours, announced on Saturday, for his work with charity over the last 21 years.

He received a letter from the Prime Minister a week beforehand, informing him of his nomination, but he almost never read it.

The father of four told the Observer: ”I was out doing the recycling when the post turned up.  When I saw the official seal on it, I thought it was a bill and just chucked it on the side.  It wasn’t until later on that I opened it up in front of my wife, Linda. Perhaps subconsciously I knew it was something big.

"When I realized what it was, my hands started shaking. It’s such a fantastic honour: I’m a very proud Englishman and a royalist, so to become part of this country’s history is something very special."

Glen was nominated by the charity SupportLine, of which he is the Patron. The organisation runs a confidential helpline offering emotional support to callers on any issues.

A spokeswoman for the charity said: "Glen has done so much for us and so many other charities that we wanted his work recognized. He puts together celebrity football matches and makes appearances all the time at events.

"Some celebrities work with charities to raise their own profile, Glen has been doing it for decades and always believes in the causes."

The actor said "I realized when I started acting in Shine on Harvey Moon that I could make a difference. Somebody told me that a celebrity face can make 100 fete visitors become 1,000 so I thought 'why not?'

"At its peak, London’s Burning was watched by 19m viewers, so it gave me that profile to help people.

"I didn’t realise how much I’d actually raised until SupportLine told me this week."

The only problem now facing the fundraiser is that he is only allowed to take two children to Buckingham palace to receive the honour from the Queen in five months' time.

He said "It’s tough one, but I’ve told the four of them they have to sort it out among themselves. I think there will be a lot of bargaining going on."

Victims of sexual abuse in the borough are not receiving the help they need – because of a chronic lack of funding. The Redbridge based charity, Supportline which caters for victims in Wanstead and Woodford, has been running since August 2001, offering confidential emotional support for people who have suffered abuse all around the country.

They receive 180-200 calls per week and need a minimum of £3,000 per month to keep afloat. Yet they do not receive a penny of funding. Manager, Geri Burnikell, told the POST: “We are struggling to survive. We urgently need funding in order to develop the services, increase opening hours and pay for training and salaries.

The call centre is open 20 hours a week, but for the past year, Geri and her colleagues have been working on a voluntary basis and need funds to pay staff salaries, training for new volunteers to extend opening hours.

Geri added: “Helpline is used quite a lot as it is confidential and sometimes people don’t want to talk about their problems with their family or friends”.

MP for Wanstead, Harry Cohen has campaigned for years to help raise the profile of these groups and last week attended a meeting at Parliament with similar organisations. He said “These people make a huge effort to do an essential job remarkably well. The services must not be left to fall apart” He has now agreed to write to Ken Livingstone to appeal for more support.

A telephone hotline was inundated with calls after a BBC documentary featuring the work of an anti-paedophile unit. SupportLine was taking calls until 2am after the Hunt for a Paedophile programme last Thursday which placed the unit's Operation Doorknock under the spotlight. The show revealed how the unit's Operation Doorknock investigation infiltrated child abuse networks and brought four paedophiles to justice.

"We are still receiving calls as a result of the programme which made a tremendous impact. Most of the people contacting us are adult survivors of chid abuse, some of whom have never before disclosed the abuse to anyone".

SuppportLine offers emotional support and encourages callers to regain some control over their lives, enabling them to develop a sense of self worth and confidence. It has details of counsellors and support groups in the UK and urgently needs funds to support its work. The hotline number is 8554 9004 and its administration number is 8554 9006.

Abusers use coronavirus isolation to gain power… I would be dead by now, says survivor Roxy

It is only 11am and SupportLine’s inbox is already filling up.

A campaign to include child sexual abuse among those “serious crimes” for which suspects can be retried gathered momentum on Monday with the backing of former footballers and a series of charities.

When you click on the Amazon banner on this site and buy products from Amazon.co.uk SupportLine will benefit from your purchase at no extra cost to you.